The Dukes of Hazzard settled into a comfortable run in season 2. The show, originally shot on location in Covington, Georgia, was now permanently produced on a backlot in Burbank, California. While a couple of cast members (Ben Jones, who plays mechanic Cooter Davenport, and James Best, who portrays Sheriff Rosco P. Coltrane.  The General Lee, the souped-up '69, orange Dodge Charger that belongs to cousins Bo (John Schneider) and Luke (Tom Wopat) Duke, has a full tank and is ready to ride. The Duke boys, scions of a proud--though reformed--moonshining family, are still on probation with the law but continue to root out the criminal schemes of diminutive villain Boss Hogg (Sorrell Brooke) and his Wile E. Coyote-like lackey, Sheriff Coltrane. Uncle Jesse (Denver Pyle) is still a fount of grizzled wisdom as well as Boss Hogg's old whiskey-running nemesis. Cousin Daisy (Catherine Bach) still burns up the road with her short-shorts, and Coltrane's deputies Enos (Sonny Shroyer) and Cletus (Rick Hurst) remain idiots with an edge of sympathy. Season 2 highlights include a funny fan favorite called "The Ghost of General Lee" (also co-star Schneider's favorite episode), in which Bo and Luke are assumed to have drowned when their stolen car ends up at the bottom of a pond. Hearing that Boss Hogg plans to blame them anyway for a theft they didn't commit, the Duke boys haunt him and Coltrane with apparitions of the General Lee as a "ghost." NASCAR legend Cale Yarborough makes an appealing guest in a story about the development of a secret turbo charger and Hogg's effort to steal it, while Loretta Lynn turns up as herself in a damsel-in-distress tale, featuring the country superstar as a kidnapped hostage. "Witness for the Persecution" introduces a recurring theme on Dukes: Occasions in which the vile Hogg must be protected from his enemies by hiding out with (gasp) the Dukes. The best of The Complete Second Season, however, may be "Days of Shine and Roses," in which Hogg and Uncle Jesse, after watching a film of their old moonshine-delivery exploits with the Ridge Runners Association, get into an argument about who was best and decide to resolve the question with a grudge race. Special features include Wopat and Schneider's screen tests, and a documentary about the Dukes' 25th anniversary festival in Tennessee, featuring series stars and stunt drivers. --Tom Keogh 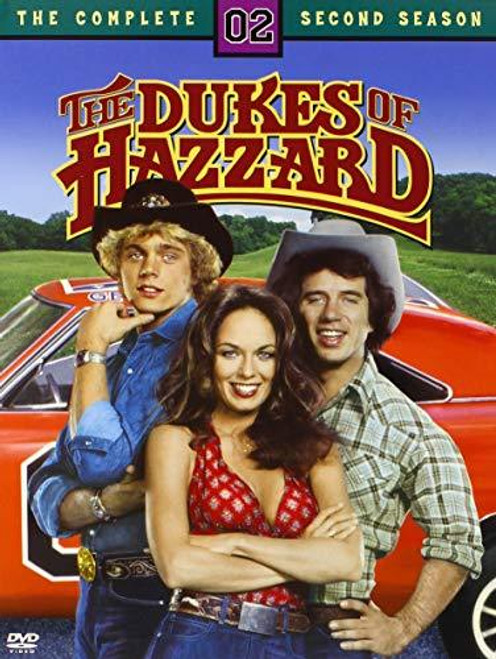