The Dukes of Hazzard: The Complete Fifth Season marks the ignominious year in which (gasp) Dukes mainstays Bo (John Schneider) and Luke (Tom Wopat) Duke took a hiatus from the series, the result of a contract feud between the two stars and the show's producers. That disagreement proved considerable: Schneider and Wopat stayed off Dukes for 18 of the season's 22 episodes. But while their absence puts a dent in the ongoing Dukes zaniness, replacement cousins Coy (Byron Cherry) and Vance (Christopher Mayer) Duke do an adequate job of filling the seats of the General Lee. The new boys are also on to the wily ways of Boss Hogg (Sorrell Booke), who seems to be ratcheting up his brand of felonious mayhem, going so far as to rob banks and jewelry stores, swindle landowners, incite kidnapping, and plot payroll heists. Of course, he also spends half his time still trying to frame the Dukes for one thing or another, including feisty cousin Daisy (Catherine Bach) and grizzled Uncle Jesse (Denver Pyle)--Boss Hogg's former moonshine partner. And, yes, he's more intent than ever on grabbing the Dukes' property, along with everything else.

A familiar face returns in the fifth season: Deputy Enos Strate (Sonny Shroyer), gone from the series since 1980 but now rejoining the burlesque that is the office of Sheriff Roscoe P. Coltrane (James Best) and his goofy underling, Deputy Cletus Hogg (Rick Hurst). Season highlights include "The Revenge of Hughie Hogg," in which Boss Hogg's ever-scheming nephew (Jeff Altman) makes a return appearance, this time with his eye on defeating Roscoe in the latter's re-election bid for top lawman. (Hughie being Hughie, he blackmails his uncle into supporting his run.) "Ding, Dong, the Boss Is Dead" finds Coy and Vance actually helping Boss Hogg escape an old moonshine runner's certain revenge by staging their diminutive nemesis' funeral. "Comrade Duke" concerns a Russian gymnast who seeks asylum at the Dukes' farm. Bo and Luke return in time for a few adventures, capping the season with "Daisy's Shotgun Wedding," in which the overprotected beauty strikes out on her own and is snatched away by a moonshiner's son, who wants to marry her. --Tom Keogh 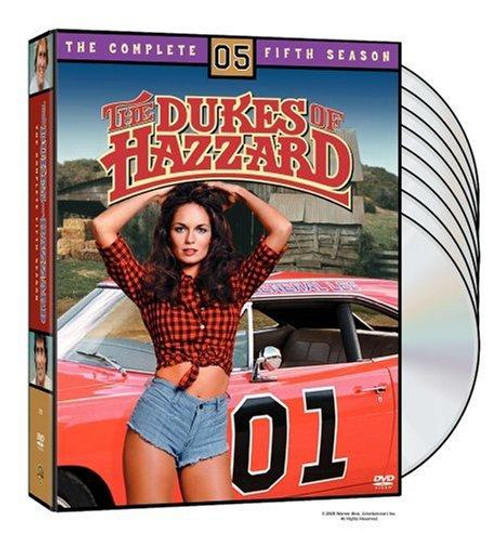